Assessing the Credibility of Websites That Report About Climate Change 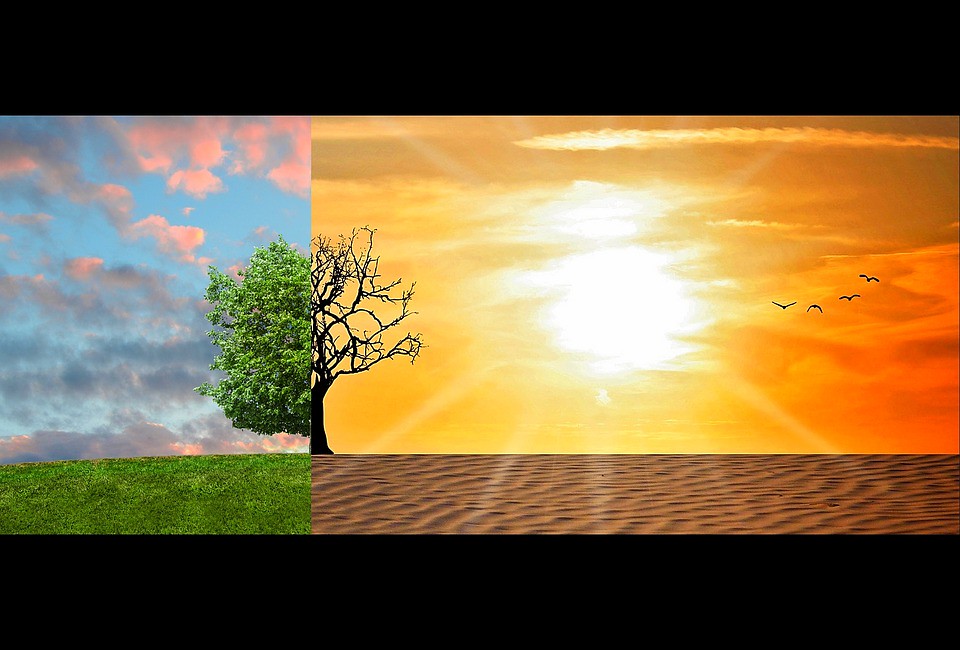 Even as the vast majority of climate scientists present a wealth of evidence in support of the theory of climate change, public policy has lagged far behind the knowledge of the scientific community, with many still believing that climate change is a “hoax”. In addition to debates at the public policy level, both climate change deniers and believers have contributed to an ongoing online debate through blogs, news articles, and social media. Many deniers are still uncertain about the effects that humanity has had on the environment, while other deniers are intentionally pushing an agenda of misinformation and fake news in order to cloud the climate change debate. It is necessary to assess the credibility of websites that report on climate change.

NASA is a credible source from a government science agency. The National Aeronautics and Space Administration (NASA) is a government organization that focuses on using science to expand human knowledge of the earth and the universe. The NASA website about climate change is climate.nasa.gov, it includes links to many credible scientifically accurate articles with ample supporting evidence. For example, the article titled “Climate change: How do we know?” opens with a graph depicting atmospheric carbon dioxide patterns that date back to 400,000 BC. The chart reveals stable patterns of carbon dioxide in the atmosphere. Throughout this recorded time period the carbon dioxide content of the atmosphere slowly rises for thousands of years and then slowly falls for thousands of years in a predictable frequency that probably coincides with the ebb and flow of the ice ages. The pattern is only broken in a dramatic uptick that coincides with the late industrial revolution to modern time. The information in this graph is credible because its data comes from comparing the carbon dioxide content in samples of ice cores that date back many hundreds of thousands of years. Under the graph is a heading that states “Ninety-seven percent of climate scientists agree that climate-warming trends over the past century are very likely due to human activities, and most of the leading scientific organizations worldwide have issued public statements endorsing this position.” To prove the credibility of this statement, there is a link to another article titled “Scientific consensus: Earth's climate is warming, which contains public statements from many well established american scientific societies that are all in agreement about climate change. The article “Climate change: How do we know?” establishes its credibility in the top of the page by displaying scientific evidence, citing reputable scientific sources, and displaying a quote from the Intergovernmental Panel on Climate Change.

Infowars is a conspiracy theorist website and a very unreliable source of information. Infowars is a website founded by the popular conspiracy theorist Alex Jones, whose hyperbolic, guttural rants have made him infamous around the internet and around the world. Among other things, this website contains many articles that attempt to dispel the theory of climate change. One such article, titled “THE TRUTH ABOUT CLIMATE CHANGE” written by Kit Daniels is full of bold unsubstantiated statements, such as “Global warming is a manufactured problem played up by the government to instigate a public reaction – fear – the government then exploits to offer a predetermined solution: the expansion of government at the public’s expense.” There was no further evidence to support this claim or prove its accuracy. Many other bold statements in this article require a willing suspension of disbelief. A few links are provided that elaborate on certain points, however, these links all point to questionable sources with no scientific credibility. For example, one of the main sources cited in this article is a book called “The Creature From Jekyll Island”, written by passionate fear-mongering conspiracy theorist G. Edward Griffin. Another example of the questionable credibility of this Infowars article is the fact that one of Infowars’s “sources” is really just a link to another older infowars article, so they are essentially just circularly reaffirming their own conspiracies. In addition to the other far out claims on Infowars, this article on climate change is mostly aimed at an audience that has already made up its mind that climate change is a “hoax” and that all climate scientists have simply sold out to a secretive, malicious world dominating government conspiracy.<p/

In contrast, Live Science is a fairly credible source examining both sides of the climate change debate. Live Science is a scientific news website that focuses on various scientific breakthroughs and reports on research findings. Live Science presents articles from a very objective [comma between adjectives: place a comma between two adjectives that "and" would not appropriately connect.] scientific perspective, attempting to avoid political bias. This helps them present themselves as a fairly credible source on scientific matters. The linked article titled “The Climate Change Debate: Man vs. Nature” written by Anuradha K. Herath examines the divided political positions of both the climate change supporters and deniers. Anuradha K. Herath considers natural phenomena that could contribute to climate change, such as the frequency of sunspots on the surface of the sun, which affect the energy output of the sun, causing temperatures to fluctuate on earth. While these sunspots do cause a small measurable change in the earth’s climate, Anuradha says that “The evidence of the Sun and other natural forces being the primary cause for climate change is still inadequate.” She also examines other possible natural causes for climate change such as the Earth’s orbital changes throughout history. Anuradha says, “Consider the Sahara desert, for example. There is a wide acceptance among scientists that the Sahara transformed from a fertile grassland to a desert because of a change to the Earth's orbit. This shift in how the Earth circled the Sun affected the amount of sunlight that region of Africa received.” However it is also possible that climate change could be a cause for orbital shift, rather than an effect of it. Anuradha quotes from Astrobiology Magazine, saying, “Scientists from NASA's Jet Propulsion Laboratory say that the current melting of ice in Greenland is already causing the tilt to change at a rate of approximately 2.6 centimeters each year. They predict that this change could increase in the years ahead.” This article examines both sides of the argument because it shows that there are both natural causes for climate change as well as man made causes. However, Anuradha’s article goes on to explain that “Hundreds of scientists around the world have conducted research that show human activities contribute the most to today’s climate change . . . scientists who think human activity is the main cause of climate change don't deny that natural changes will cause temperature fluctuations on Earth. However, their argument is that in the current cycle of climate change, the impact caused by man is far greater.”

While gathering information online, it is important to be able to determine what information is credible, objective, and free from political prejudice. Reading with a skeptical, inquisitive mindset is the best way to protect oneself from the manipulation of political agendas. The ability to spot misleading headlines and political misinformation will aid one’s ability to be an informed member of society who will make socially responsible decisions.

One way or another, climate change will affect the lives of every living being on earth. It is important the we as a society have the scientific literacy to understand our impact on the world that we depend on for our very survival. It is ridiculous and embarrassing for our country that our political policies have lagged so far behind the scientific knowledge of the rest of the developed world.